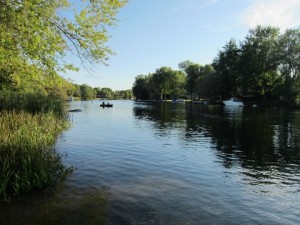 Fishing in the Severn River South of Sparrow Lake 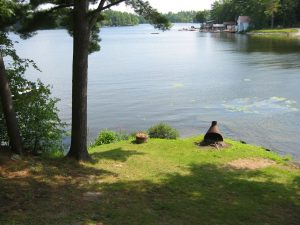 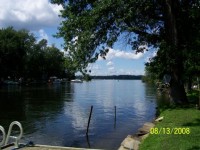 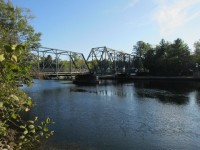 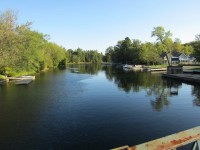 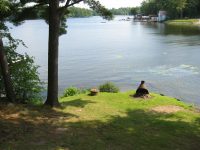 The Severn River is part of the Trent -Severn System that begins at Lake Ontario in Trenton and continues to Georgian Bay.  The Severn River actually stretches from Lake Couchiching to Glouchester Pool at Port Severn.  The south side of the Severn River is in Simcoe County and the north side is in Muskoka Townships.  There are a series of lift locks for boaters and part of the river was dredged to accommodate the boat traffic.  The river has a different acidity level ( lower ) than most lakes in Muskoka because it passes through areas of limestone.  The river averages about 12 feet in depth on the south side of Sparrow Lake and slightly deeper on the north side of Sparrow, with deeper pockets (50 feet).

A significant number of cottages west of Sparrow Lake are seasonal and not accessible by road.   Most property south of Sparrow Lake is accessible by year round road and about 40% are used year round.  There are several marinas beginning at the mouth of the river at Lake Couchiching and continuing with Lauderdale Marina at Sparrow Lake, Sopher’s Landing for boat repairs and storage, Lantern Marina at Morrison Landing and another just before The Big Chute at Severn Falls.   Lock #42 is the first lock on the river before passing under the Blue Swing Bridge just before Sparrow Lake.  There are several outstanding cottage resorts between the ‘Blue Bridge’ south of  Sparrow Lake and McLean’s Bay to the north.  Lock #43 is next at Swift Falls and the Marine Railway at the Big Chute is not forgotten by those who pass through.

Fishing in the river is better at the north end near the faster flowing waters at  ‘Ragged Rapids’ and the Hydro Glen or around ‘Lions Head’, because of its depth.  Largemouth and Smallmouth Bass, Pickerel, Muskie and Northern Pike are hiding in picturesque areas of the river.   The cottages on the river vary widely in price.  The low end is around $320,000.00 and the upper end is about $990,000.00, there are always exceptions, with the average being $470,000.00 for those on water and if the land is included.   Note:  ‘If the land is included?’ you ask.  Yes.  This is one waterfront area you can buy and not own the land.  In some locations you are only buying a chattel on the waterfront from the owner,  that being the cottage and dock.  The Trent-Severn Waterway and Kawartha Conservation Authority own lands throughout the system, even some of the islands, and lease agreements have been made with the present owners and new owners must come to their own agreement.   The governing body has chosen not to offer them for sale because of future flood control decisions.  Some properties here sell for less than $300,000.  but paying the lease is like paying another $150,000. in a mortgage.  Most of the system is privately owned and not subject to these agreements.  Muskoka Real Estate Services Inc. can provide you with advice for properties presently for sale, call 705-687-7777