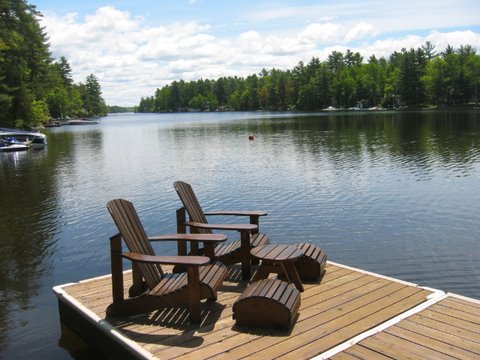 Real Estate House Prices in Muskoka are still unchanged since the beginning of the year in spite of the negative press.  Sales in Muskoka are consistent with previous years.   The factors influencing sales were expected to be two very separate issues.  The unseasonly warm weather in March could have sparked an early increase in sales,   However, the banks were reporting the market was going to slow and prices were going to drop.   That has not happened.   The predictions of the banks and economists in the past have often been poor  calls on the real estate market.   In 2010 Tony Wong, a business reporter for the Toronto Star started his article with “Average house prices in the Toronto market are forecast to start trending down in the second half of 2010.’  He said, to paraphrase… ‘Some economists have said the market is overvalued by as much as 30% in some parts of the country’.  He said other economists thought the volatility of the stock markets would impact housing prices.   That did not happen and with today’s low mortgage rates the research department at Muskoka Real Estate Services Inc. expects housing in Muskoka and Gravenhurst area to remain the same as the previous two years.    The Spring rush of listings has begun.   If you want a home buy while the mortgage rates are still as low as 2.7% start shopping now!