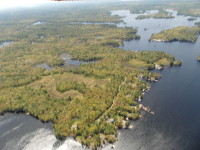 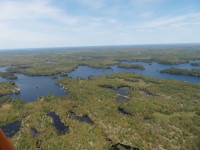 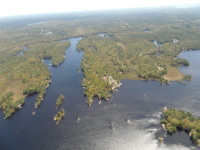 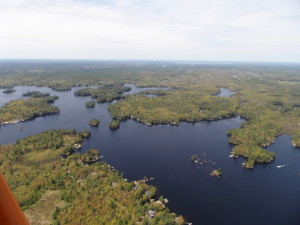 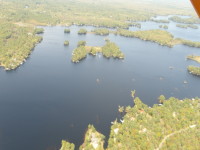 Is there a better place to sit?

Bet there are Bass in the cove! 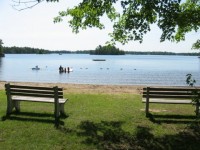 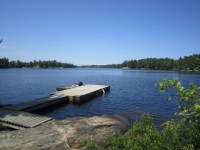 Can you picture yourself here? 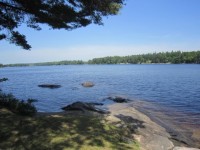 Slip into the water to swim 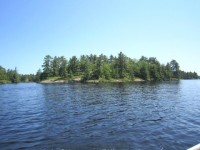 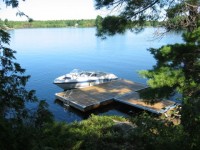 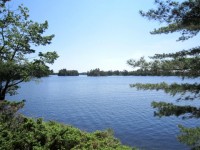 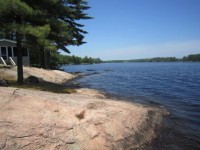 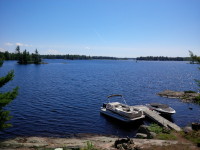 Kahshe Lake is the one of Muskoka’s largest lakes. Located 90 miles from Toronto and 6 miles south of Gravenhurst it is easily accessible by year round paved roads from Hwy #11 or the Coopers Falls Road (District Road #6) at the East end.  It is the first major lake in Muskoka and has always been a popular location for cottage buyers.  About 25% of Kahshe Lake residents still access their lakefront cottage by boat and this will not change since many are on islands or on the edge of the Kahshe Lake Barrens, a Crown Land wilderness area protected by the Provincial government from vehicular traffic.

In this authors opinion, Kahshe Lake is the prettiest lake in Muskoka, with many bays, inlets and islands.  Because of the convoluted shoreline… a boat ride is an adventure.  In the 5 mile length of the lake there are over 600 properties and about 500 have cottages or lakefront homes spread over 20 miles of shoreline. The lakefront is typical Muskoka Granite with very little natural sand.  Trees include Birch, Oak, Maple, White and Red Pine and some Tamarack.

The development of Kahshe started in the late 1800’s with logging of Red and White Pine throughout the area.  ‘Tea Houses’ provided rooms for the loggers and this was the start of the cottage era.  By 1930 about 20 cottages were built on the lake.  There were numerous resorts and camp sites and the Department of Lands and Forest sold many lakefront Lots in the late 1940’s and early 1950’s.  To service the water access owners two marinas developed providing gas and docking for the boat access only owners (very few lakes have marinas and fewer have marinas that serve gas).

Until about 1980 there were no Northern Pike or Crappie in Kahshe, but today they are challenging the Blue Pickerel, Large and Smallmouth Bass, Rock Bass, Muskie, Sunfish, Perch, Catfish and herring in the lake.  Kahshe Lake is a good fishing lake with the exception of an abundance of a species known as granite rock outcroppings that make it less than paradise for the fisherman.  The lake is about 12 feet deep on average with some areas almost 100 feet deep.  About 80% of the shoreline is in its natural state and the introduction of sand in limited areas has had its benefits too.  In 2016 there were 4 pairs of nesting Loons on the lake, and being on the migration route from the arctic we have had a wide variety of ducks, owls such as the Grey Owl and even visits by Whistling Swans.

What’s in a Name?

Kahshe’s name on old surveys and maps was “Kah-She-She-Bog-a-Mog”.  The name most likely stems from the Ojebway Tribe who lived south of this area.  The Rev. Edward F. Wilson penned a book on the language,  “The Ojebway Language – A Manual for Missionaries and Others Employed Among the Ojebwy Indians”.  It is in the National Archives in Ottawa.  Although there were over 500 native languages in Canada and there were many dialects of the languages, this is possibly the best source we may have for this investigation.  He notes the word ‘duck’ is ‘shesheb’ and by adding ‘ug’ the word is plural, thus ‘sheshebug’.  The word ‘Loon’ is ‘manung’,  the word ‘Kah’ could be interpreted as ‘there where’ or ‘place where’.

In the ‘Anishinaubae Thesaurus’ by Basil H. Johnston, a native born on Perry Island in Georgian Bay, he notes the following words for his Anishiuaubae language: ‘zheessheeb (uk)’ meaning duck (s), ‘maung (ook) meaning ‘loon(s)’, and ‘kah kau-ipeekauh’ meaning water falls.  Another Missionary dictionary, also in the National Archive, for the Huron language  (Georgian Bay) addresses the sound  ‘Kah’ as ‘Lake’ and ‘she’ was many.  There are many lakes in Ontario beginning with the sound ‘Kah’ including Kashagawigamog, Kashwakamak, Kasshabog, Kawagama and the Ka-wartha Lakes area.

The name may not be definatively stated, because, like many natives languages the unwritten languages of the Georgian Bay and Lake Simcoe area peoples is somewhat interpretive, almost like sign language.  ‘Lake of many, many ducks and loons.’  is a very close interpretaion of the original name  Kah-she-she-bog-a-mog or as you know it,  Kahshe Lake! 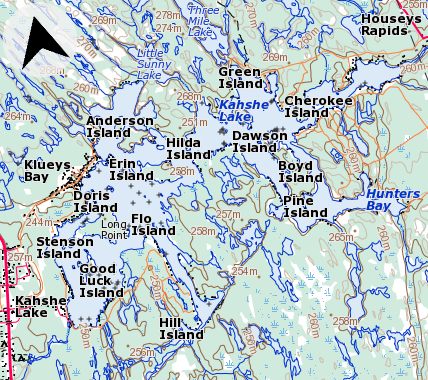