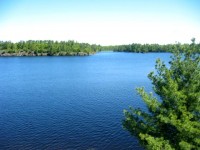 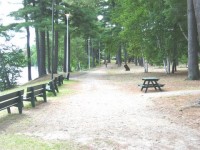 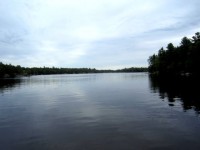 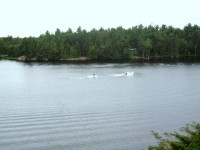 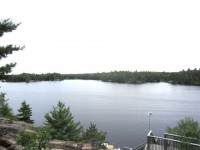 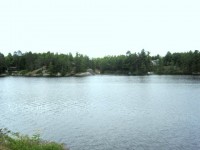 Gull Lake and Silver Lake are connected by a short channel through a tall granite gorge known locally as ‘the narrows’.  Gravenhurst has been blessed with two lakes in Town.  Gull Lake is on the East Side.  Rotary Gull Lake Park with its beautiful sand beach and ‘bandshell’ has been a focal point of the Town for over 100 years hosting Canadian speed boat races, the Antique and Classic Car Show and a variety of entertainment for the citizens of Gravenhurst.  The Bandshell in the park was officially opened by Queen Elizabeth II.

There are Speckled Trout, Lake Trout and Largemouth Bass in Gull and Silver Lake and it has previously been stocked by the Ministry of Natural Resources with Rainbow Trout.  Trout live in deeper lakes and Gull averages over 20 feet in depth with some areas over 30 feet.  A large portion of the shoreline of Gull Lake and Silver Lake is typical granite rock.  The tree structure is primarily white Pine, Oak, and some Birch.  There is over 1.7 sq. km of surface water area and the snowmobile trail for Muskoka passes over a portion of the lake.  ‘Bucky the Beaver’ and his descendants have built a dam that holds the water back as it drains into the Hoc Roc River.  The Hoc Roc River flows from Gull Lake into Lake Muskoka near Taboo Resort.  This was once part of a water route used by the Ojibiwas’ –  portaging from Lake Simcoe thru Kahshe Lake to Gull-Silver Lake  and Lake Muskoka.  You can boat from Silver Lake to the Town Dock at Gull Lake Park and walk from the dock just 2 blocks to shopping.  Silver Lake is accessed by road from Laycox Road, off the Doe Lake Road.  Fun Fact: Laycox Road was likely named after Carl Laycox and/or his brother Frank Laycox and his wife, who taught school in the one room school near the road in the 1930’s even before hydro was on the road.

About 5% of the shore is environmentally protected (a good thing).  A greater percentage of Gull Lake’s shoreline is used by year round residents, compared to similar lakes further from Town.  The availability of municipal services in Town and of course Gull Lake’s west end’s proximity to the Town’s facilities make it an ideal year round retirement location.  A 16 unit Condominium is approved and will be built on the West shore near Gull Lake Park, opposite the Bus Station and a short walk to the YMCA, grocery store, pharmacy and banks.  Property values in 2020-21 varied from $705,000. to $1,400,000.   Hwy #11 passes over the lake and affects the property owners near the bridge but it does not affect the values at the east and west ends of Gull and not at all on Silver Lake.   A new bridge is expected to be built over Hwy #11,  providing safer access for property owners at the east end of the lake.  For properties for sale on this lake call Muskoka Real Estate Services at 705-687-7777. 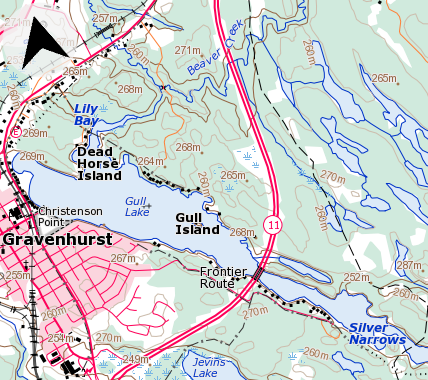